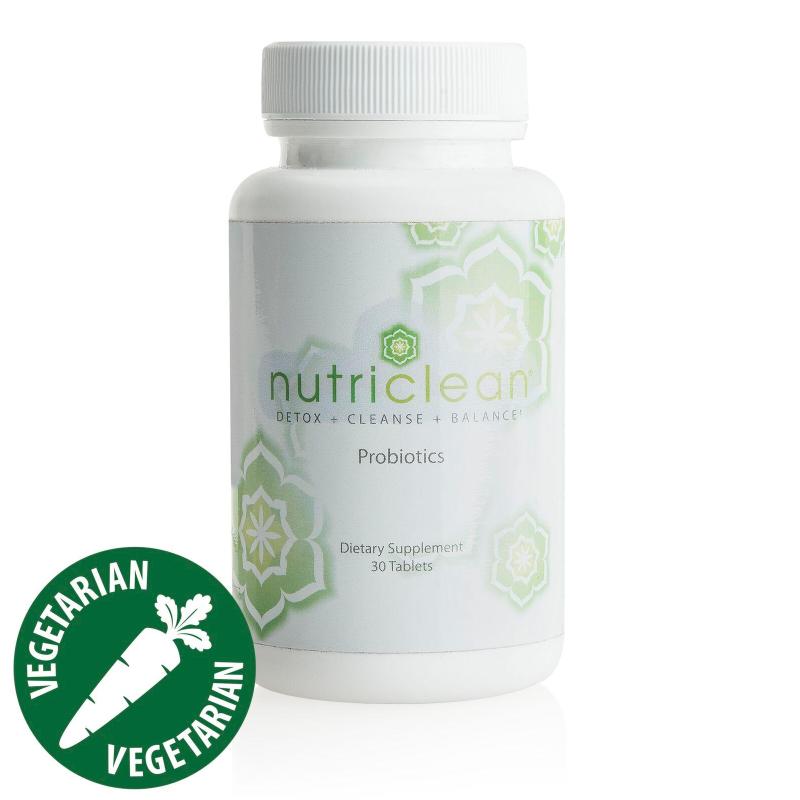 While other probiotics products may deliver large amounts of Colony Forming Units (CFUs) and probiotic strain variety, they do not deliver the complete support that NutriClean Probiotics offers. This could be for a number of reasons. First, the number of CFUs in other products may be coming from a small number of strains. But NutriClean probiotics delivers its 10 billion CFUs from 10 probiotics strains, specifically targeting numerous areas of digestive and immune health.

Second, many of these products’ strains and CFUs can easily become less viable due to their manufacturing process and extended shelf life. By the time you take the product, it may be significantly less effective. NutriClean Probiotics utilizes LiveBac® technology – a unique tableting process that delivers highly viable probiotic organisims far less susceptible to the effects of damaging environmental factors. This extends the active shelf life of our product.

Third, probiotics can become ineffective when they come in contact with stomach acids during the digestive process. This means that when you take a probiotics product, the number of viable strains and CFUs can become greatly reduced by the time they are absorbed into the body. To combat this, NutriClean Probiotics utilizes BIO-tract® technology, a patented delivery system that protects probiotic organisms from stomach acid on their way to the intestinal tract, ensuring a significantly higher percentage of organisms reaches the intestine alive.

This product is sold with at least a 3 month shelf liferemaining.

Lactobacillus plantarum has been used in the process of fermenting foods for hundreds of years. It promotes a normal digestive tract. It is able to promote the proper balance of bacteria destroy pathogens while preserving vital nutrients, antioxidants and vitamins. One of the most amazing talents of L. plantarum is its ability to synthesize L-lysine, an essential amino acid. L. plantarum is able to promote a proper balance of bacteria in the intestine by neutralizing unhealthy bacteria and also by competing for nutrients which the unhealthy bacteria live on. By doing so, harmful bacteria pass harmlessly through the body.

Lactobacillus acidophilus is one of the most highly studied and widely used probiotic organisms. It is a strain of lactic acid producing, rod-shaped microbes that have numerous benefits for digestive health. L. acidophilus produces vitamin K, lactase and acidolin, acidolphilin, lactocidin and bacteriocin. Multiple human trials report benefits of L. acidophilus for maintaining vaginal health. Due to the multiple functions of this microorganism, scientists have discovered that administering L. acidophilus orally helps maintain the healthy colonization of bacteria within the digestive tract. L. acidophilus has been shown to support digestive functions and support the immune system. The lactase that L. acidophilus creates is an enzyme that supports the normal breakdown of lactose into simple sugars.

Lactobacillus rhamnosus is a strain of probiotics that aids in balancing the gastrointestinal microflora. It is one of the most intensely studied bacteria in the gastrointestinal tract. One of the remarkable things about L. rhamnosus is its ability to tolerate and even thrive in the harsh acidic conditions normally found in the stomach. L. rhamnosus is believed to be of considerable assistance with immune function in healthy adults, particularly in the urinary tract system (acidic condition). Research has shown that L. rhamnosus helps maintain gastric epithelial cell health, supporting the integrity of the stomach lining.

Lactobacillus salivarius resides in the mouth and small intestine. It has been shown effective in supporting dental health. L. salivarius has the unique ability to support a healthy gastrointestinal tract. Therefore, L. salivarius may also support immune health.

Bifidobacterium are rod-shaped microbes that have been identified as the most important organisms in the intestine for providing barrier protection. Like Lactobacillus, Bifidobacterium are lactic acid-producing microbes found in fermented foods such as yogurt and cheese. Despite the fact that when we are born Bifidobacterium makes up approximately 95 percent of the total gut population, the Bifidobacterium population decreases in our intestines as adults and declines further as we advance in age. B. bifidum is the predominant bacteria strain found in the microflora of breast-fed infants. It is believed that B. bifidum contributes to the gastrointestinal health of breast-fed infants. In addition to barrier protection, research has shown that Bifidobacterium help to support the immune system by promoting normal lymphocyte and phagocyte activity.

Bifidobacterium breve is another branched, rod-shaped bacterium. B. breve promotes health of the gastrointestinal tract. B. breve is also present in the vagina, where it helps support the body’s normal resistance to yeast. The job of B. breve in the digestive tract is to ferment sugars and produce lactic acid, as well as acetic acid. B. breve is like a champion among probiotic bacteria due to its superior ability to metabolize many types of food.

Bifidobacterium infantis is a probiotic bacterium that inhabits the intestine of both infants and adults. According to a study sponsored by P&G Health Sciences Institute and published in the American Journal of Gastroenterology, B. infantis may be beneficial to promote stomach health and comfort. B. infantis plays an important role in basic digestion, proper metabolism and overall well-being.

Bifidobacterium longum is a branched, rod-shaped bacterium that is among the first to colonize the sterile digestive tract of newborn infants. There is evidence that B. longum competes for attachment sites on the intestinal mucosal membrane, promoting the balanced colonization of bacteria. It has a high resistance to gastric acid and shares similar functions as B. bifidum, such as supporting the immune system and providing barrier protection.

Lactobacillus casei is a rod-shaped species of Lactobacillus found in milk, cheese, and dairy. It is a lactic acid producer like other species within the Lactobacillus genus and has been found to assist in the colonization of beneficial bacteria. L. casei is active in a broad temperature and pH range and can be found naturally in the mouth and intestine of humans. It is a lactase producer which supports the normal breakdown of lactose and promotes optimal digestive health. 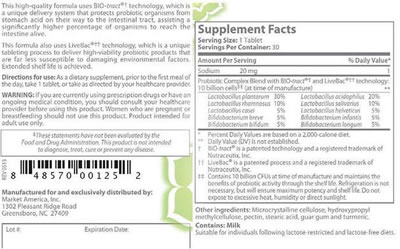 Can I just eat some yogurt and get the same benefits?
Yogurt is an excellent source of probiotics, but it’s not for everyone. Some people can’t tolerate dairy, and others simply don’t like the taste. NutriClean Probiotics provides the goodness of yogurt without the fat, sugar or calories. Plus, the benefits don’t disappear because they encounter stomach acid. That’s because these beneficial bacteria are protected by BIO-tract® technology. Because of this protection, more of our probiotics move through the intestinal tract unharmed to deliver a significantly greater number of active cultures. They support the growth of beneficial bacteria where it’s needed most, to help digest food and promote a healthy immune system.

How many viable micro-organisms are in NutriClean Probiotics?
There are 10 billion active probiotic organisms from 10 different strains at time of manufacture.

How do I store NutriClean Probiotics?
Refrigeration is not necessary, but will ensure maximum potency and shelf life. Do not expose to excessive heat, humidity or direct sunlight.

Why is BIO-tract® and LiveBac® important for this product?
NutriClean Probiotics uses BIO-tract and LiveBac technologies. These clinically-tested methods help deliver probiotic organisms into the body so that they may work most effectively. BIO-tract is a unique delivery system that protects the probiotic organisms throughout your digestive system. This helps ensure that more organisms reach the intestine alive. LiveBac technology is a tableting process that helps extend the active shelf life of NutricCean Probiotics.

How do the bacteria live in NutriClean Probiotics? Is there any food for them inside?
The bacteria are in a state of suspended animation. They are dry enough that all biological processes are in a resting state. Once consumed, they rehydrate and biological processes including growth and reproduction resume. So a food source in the tablet is not necessary.

How should I take NutriClean Probiotics?
Take one tablet before the first meal of the day.

Are there any allergens in Nutriclean Probiotics?
NutriClean Probiotics contains trace amounts of milk from the fermentation process. There are less than two parts per million (ppm) of milk in each serving. This product is safe for individuals with lactose sensitivity.

How does NutriClean Probiotics affect digestion?
There are many components which impact optimal digestive health. They include enzymes (which start breaking down foods in the mouth and are found in the intestines), pH conditions, bile from the gall bladder, intestinal microflora, probiotics and some digestive properties contained in the food that we eat. Diet and supplementing your intestines with probiotics can help support digestion. Well balanced intestinal micro flora will promote healthy digestion.*