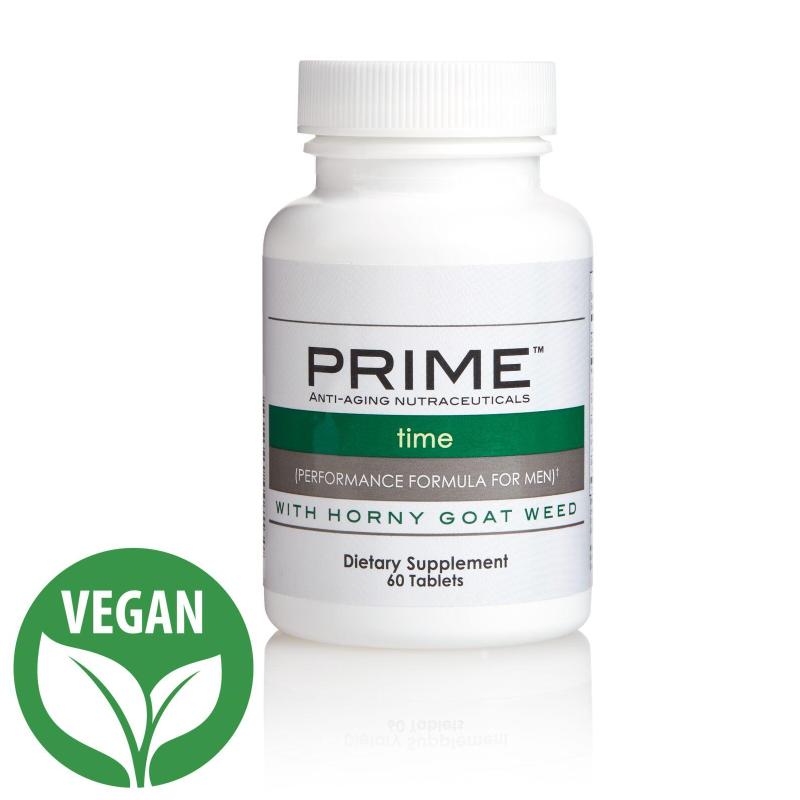 The natural effects of aging on your body and mind can have serious consequences on your quality of life. A slowing metabolism and a decreased sexual appetite are just a couple of the realities that will affect you as you age. Our bodies constantly adjust to the environment by interpreting signals sent to the brain. The hypothalamus area of the brain functions as the command center and sends hormonal signals to the pituitary gland. In response to hypothalamic signals, the pituitary gland sends out hormones to numerous tissues throughout the body to stimulate and fine tune their activity.

Schizandra
Schizandra, also known as wu-wei-zi and sometimes spelled with an "s" (schizandra) has a long history of use in ancient Chinese healthcare as an herb capable of promoting general well-being and enhancing vitality. Schizandra and its products originated from the red berries that grow on a vine belonging to the magnolia family. Approximately 25 species of schizandra exist, and all are indigenous to Asia except for a rare form of the vine that grows in wooded areas in North Carolina and surrounding states. In dried form, schizandra berries are referred to as wu-wei-zi. In addition to its traditional use of promoting energy, schizandra has historically been taken to promote sexual vitality, to promote mental function, to beautify the skin, to support a healthy respiratory system and to support a good night's sleep. Schizandra is known for its ability to promote healthy levels of nitric oxide, which is an important component of erection physiology. It is a proven adaptogen, which moderates the body's response to stress, boosts mood and promotes a healthy liver. It functions to promote physical strength and enhance physical performance.

Panax Ginseng
Korean or panax ginseng grows on moist, shaded mountainsides in China, Korea and Russia. It is a perennial herb that reaches heights of two feet or more, and is distinguished by its dark green leaves and red clusters of berries.

Ginseng is believed to possess outstanding health properties, promote wisdom and longevity and support neurological functions. Ginseng is an adaptogen, which helps the body maintain proper balance, slow the effects of aging and fight fatigue. It has been used to maintain good cardiovascular health. By acting as an adaptogen, it aids the body in directly dealing with the effects of mental and physical stress. Ginseng is used to enhance physical (including sexual) and mental performance. It is used to increase energy and promote resistance to the harmful effects of stress and aging. Health-related use of ginseng can be traced back nearly 2,000 years. In traditional Chinese healthcare, ginseng was used to promote strength, promote normal blood volume, promote life and appetite, promote wisdom and quiet the spirit. Ginseng was used for supporting memory, cognition and gastrointestinal health. Ginseng promotes yang energy, normal circulation, enhances the immune system, helps maintain a healthy blood supply and promotes overall health and well-being. Ginseng may also assist in helping to maintain normal blood glucose levels.

Panax ginseng has been shown to promote an increase in sexual desire and support the ability to attain erections. It works to promote the normal production of nitric oxide, thereby supporting healthy blood vessel dilation. It also helps to promote normal sperm count and testosterone levels.

Tribulus Terrestris
Tribulus (puncture vine) is a vine that has been used as a general tonic for energy, but is found primarily in dietary supplements marketed for promoting normal testosterone levels in bodybuilders and power athletes. The idea behind tribulus is that it may help maintain normal testosterone levels indirectly by helping to maintain blood levels of another hormone, luteinizing hormone (LH). LH is produced by the pituitary gland and plays a role in regulating natural testosterone production and serum levels.

Gingko Biloba
Ginkgo biloba is sometimes called a "living fossil" because it is believed to be the world's oldest living species of tree at around 200 million years old. The Ginkgo tree has been used in traditional Chinese healthcare for over 4,000 years. Various parts of the Ginkgo tree were reportedly used to promote respiratory health, healthy circulation, digestive health, memory function and as a longevity elixir. In Germany, Ginkgo is a top-selling, over the counter prescription drug. Now, ginkgo biloba extracts, produced from the leaves of cultivated trees, are still very popular. High-quality ginkgo biloba extract is usually standardized to 24 percent ginkgo flavone glycosides and six percent terpene lactones. It has been found to promote healthy blood circulation to the brain, improving alertness and memory. It also protects neurons and has an impact on increasing energy levels. Further, it can act to improve mood and acts as an antioxidant.

Zinc
Zincis an important trace mineral found in every cell of the body. Because zinc is an essential part of nearly 300 different biochemical pathways, structure/function claims can be made for the nutrient's role in a wide variety of processes including digestion, normal energy production, growth, cellular repair and healing, collagen synthesis, bone strength, cognitive function, carbohydrate metabolism (glucose utilization and insulin production) and reproductive function. Even mild zinc deficiency has been associated with depressed immunity and impaired memory. Perhaps the most popular use for zinc lately is boosting immunity. The best dietary sources of zinc are seafood, meat, fish, poultry and eggs. Zinc has been shown to help maintain a normal sperm count. Zinc plays a part in testosterone physiology and because prostate has higher concentrations of the mineral than any other tissue, zinc supports a healthy prostate.

How should I take Prime Time?
Prime Time should be taken on a daily basis. As the directions indicate, take one tablet twice daily.

What are the contraindications for Prime Time?
If you are currently taking warfarin (Coumadin), other anti-platelet aggregation medication, Viagra, Cialis, Levitra, antibiotics, Methyltestosterone, Penicillamine, Risedronate, Trazodone, or medication used to control blood sugar, consult your physician before using this product. You should not use this product if you have a history of hypotension, benign prostate hypertrophy (BPH), bleeding disorders, epilepsy or peptic ulcers. If you are taking any other prescription medication or have an ongoing medical condition, consult your physician before using this product. This product is intended for men only.

Are there other ways to improve my sexual health?
Of course, the best way to improve any aspect of your health is to eliminate bad habits, like smoking and excessive drinking. Give yourself a better diet and exercise regularly. While you're working on healthier living overall, adding a male-enhancement supplement can help support your sexual health.

Who Should Use Prime Time?
This product is designed for men reaching their prime years who want to maintain normal sexual activity. Prime Time has been shown to promote healthy male libido and erection quality. Anyone concerned with maintaining normal sperm count and sperm quality should consider adding Prime Time to their daily routine.*

I am a woman. Can I take Prime Time?
No. Prime Time is designed exclusively for adult males and should not be taken by women.